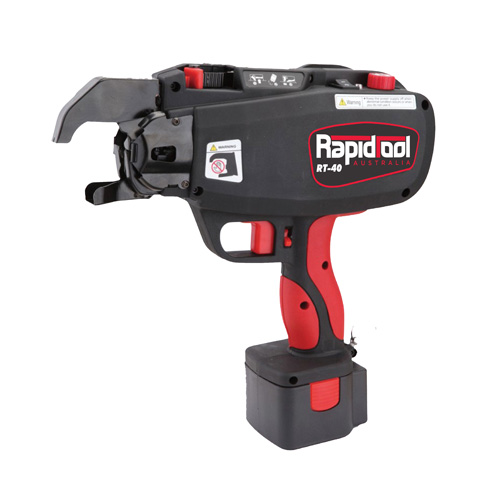 It's no secret that the field of construction can be hazardous. It's fast paced environment is a breeding ground for mishaps and accidents just waiting to happen. However, a majority of the injuries and health risks stem from procedures that are as ineffective as they are outdated. This article aims to show you how you can make your construction site a safer and more efficient place through a simple innovation, rebar tiers.

When working with concrete there are several steps that must be taken to ensure the best results, such as forming, grading, placing, and finishing. The most essential aspect is placing the reinforcing bars (rebar) to not only hold but support entire structure, the rebar need to be properly and securely tied together so they remain in place.

Coincidentally this is also the procedure from which long lasting injuries and health risks arise. The common practice of manually tying rebar involves tying a wire around the respective rebar until they are in the desired position then twisting the wire with a pair of pliers until securely fastened. This labor intensive task is not only time consuming (since it needs to be done for all the hundreds if not thousands of rebar holding the structure together) but also poses the risk of injury given the strain it places on the forearms.

Aside from the manual method’s bad reputation for inducing carpal tunnel and wrist damage, lower back musculoskeletal disorders have also been observed since the rebar tying procedure needs to be done during slab work as well. During slab work, the rebar in the ground level need to be tied together, which requires the worker to bend over for an unhealthy extended period of time.

These health issues accompanying the procedure of manually tying rebar was deduced by The National Institute for Occupational Safety and Health in a health hazard evaluation report prepared for the Center for Disease Control and Prevention. However if rebar is not tied together, then erecting any structure is simply not possible. So how should you eliminate the injuries associated with rebar tying? The answer is a simple yet powerful innovation in the field of construction known as the rebar tier.

The rebar tying machine, or rebar tier, is a small hand held machine that ties rebar together simply by pulling the trigger. A cartridge of wire, known as a reel, which is attached to the rebar tier feeds it with wire which is then cut and tied around rebar that need fastening simply by pressing the nozzle against the desired rebar and pulling the trigger. This revolutionary machine does not only take away the forearm strain associated with manually cutting and twisting wire against rebar, but it is faster and more efficient as well.

In the same study conducted by the NIOSH it found that the number of ties per 2.5 minutes employing the manual method is 42, with a rebar tier that number sky rocketed to 84 ties. That is twice as many ties in the same period of time minus any health hazards or injuries relating to the forearms.

What about rebar that needs to be tied at ground level? Surely you must still bend forward at an unhealthy angle in order to accomplish this? This is why the rebar tier with extended arm was invented – which uses the same easy motion of pulling a trigger however especially designed for tying rebar at ground level. This innovation in rebar tying technology allows the user to remain upright while simply holding the rebar tier over the desired rebar, pressing the nozzle down, and pulling the trigger. This produces a perfectly tied rebar every time!

Right now you're probably thinking this is all too good to be true – that rebar tiers probably require high maintenance and an endless array of expensive accessories to function. Here again to your delight, this article will prove that notion wrong. The rebar tying machine and all its variants only require 2 things, battery and wire reels.

Most rebar tiers are battery powered, reducing the amount of haphazard wires that run through the construction site. The batteries are robust, long lasting, and easily inserted by simply clipping them unto the hilt of the rebar tier. The wire reels provide an ample amount of wire and also feature the easy clip on action of the battery, the wire just needs to be fed into the nozzle and its ready to go for a long day of securing and fastening rebar safely and efficiently.

Is tying rebar manually cheaper since all you need are pliers? Initially yes, but when you factor in health issues and opportunity cost incurred when employing an outdated, haphazard, and inefficient procedure, the rebar tier saves you hundreds if not thousands of dollars.

With all of that being said, the only real question you should ask yourself about rebar tiers is where can you get the best one? Rapid Tool has made itself a reputable name in the construction industry for supplying high quality state of the art rebar tiers. The RT Max Rebar Tier and is a prime example of how we are outperforming competition when it comes to high grade rebar tying technology and equipment.

It's time to hang up the pliers and say good bye to the dark ages of a dangerous construction site and welcome the era of a safe and efficient work place through innovations like the rebar tier.

View all posts by: Rapidtool